How are the falcons trained?

This fast flight is similar to a sprint or HIIT workout and replicates the natural behaviour of the falcon and most apex predators in the wild. We build our educational falcon shows around this natural behaviour.

How to tell if a falcon is in good condition?

The appearance of a falcon in good condition can be judged by the quality of their feathers, their alertness and way that they are standing and the clarity of their eyes. Falcons all have their own character and personality and as mentioned before, our falconers who are animal behaviour experts can always recognise when there is something wrong with one of their birds.

Our falcons get monthly check-ups with veterinarian avian specialists at the Dubai Falcon hospital, which has better facilities than some human hospitals in other parts of the world. The check-ups include a routine test that they go through just to make sure the blood count is right and that their lungs are healthy.

The living conditions of our falcons are very high to ensure that they are kept in good health. We follow the Five Freedoms of Animal Welfare to maintain their wellbeing:

Why do falcons wear a hood?

The saying ‘out of sight, out of mind’ comes from falconry. The hood or ‘burka’ in Arabic is used to keep falcons calm. Sight is their strongest sense and when covered, it is a way to make them feel safer. Birds don’t have an imagination so by covering their eyesight whatever is out there simply doesn’t exist to them. The hoods are specially designed for each individual falcon and fits their head perfectly to ensure that it is very comfortable. We use the hood to keep our falcons calm before and after the falcon show when they are in transit. For the rest of the day the hood is removed. 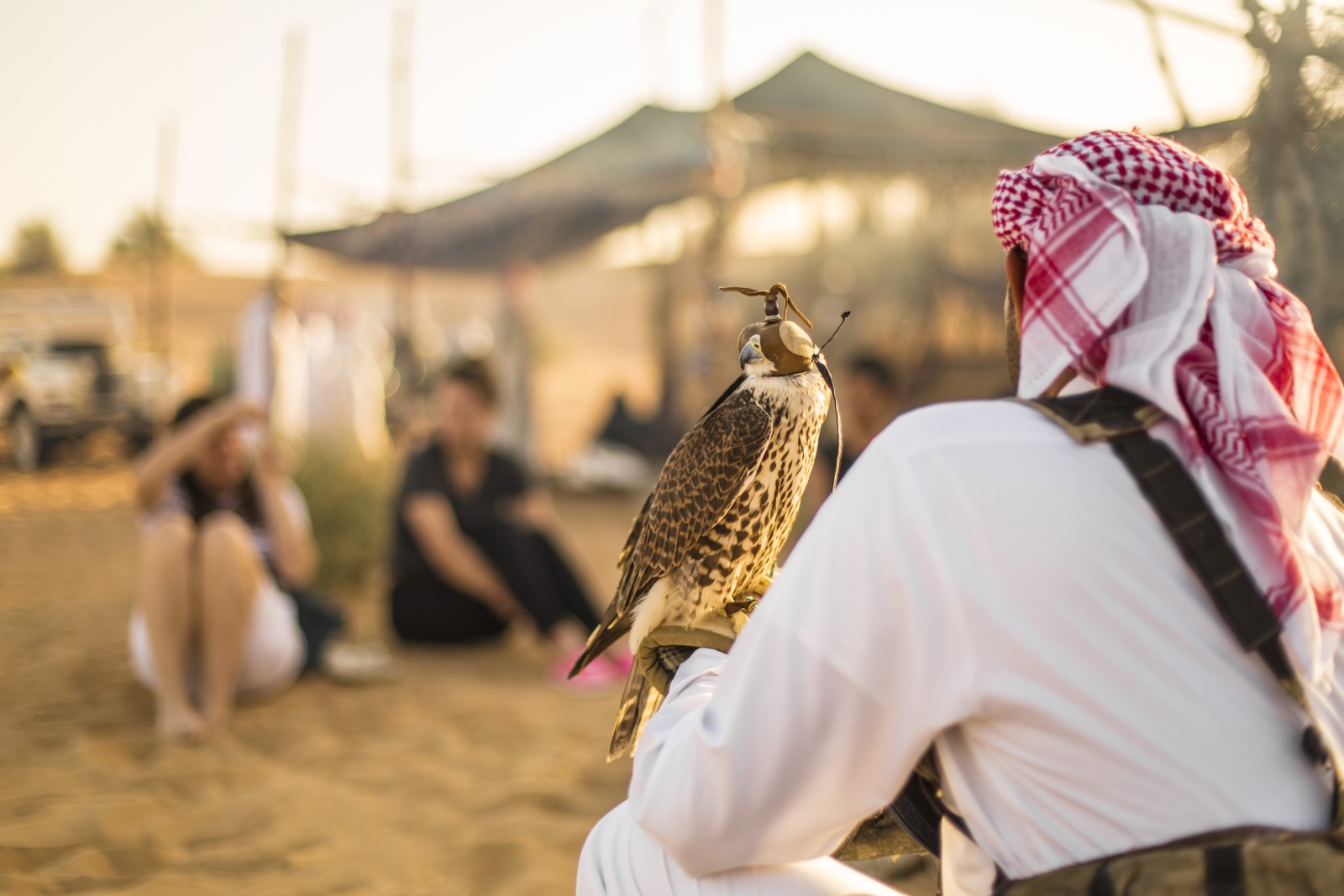 What is the tracking device for?

We feature falcon shows on most of our Desert Safaris. Have a look at the Hot Air Balloon falcon experience for something a little bit more out of the ordinary. Share the skies with falcons and witness the world’s only in-flight falcon show. 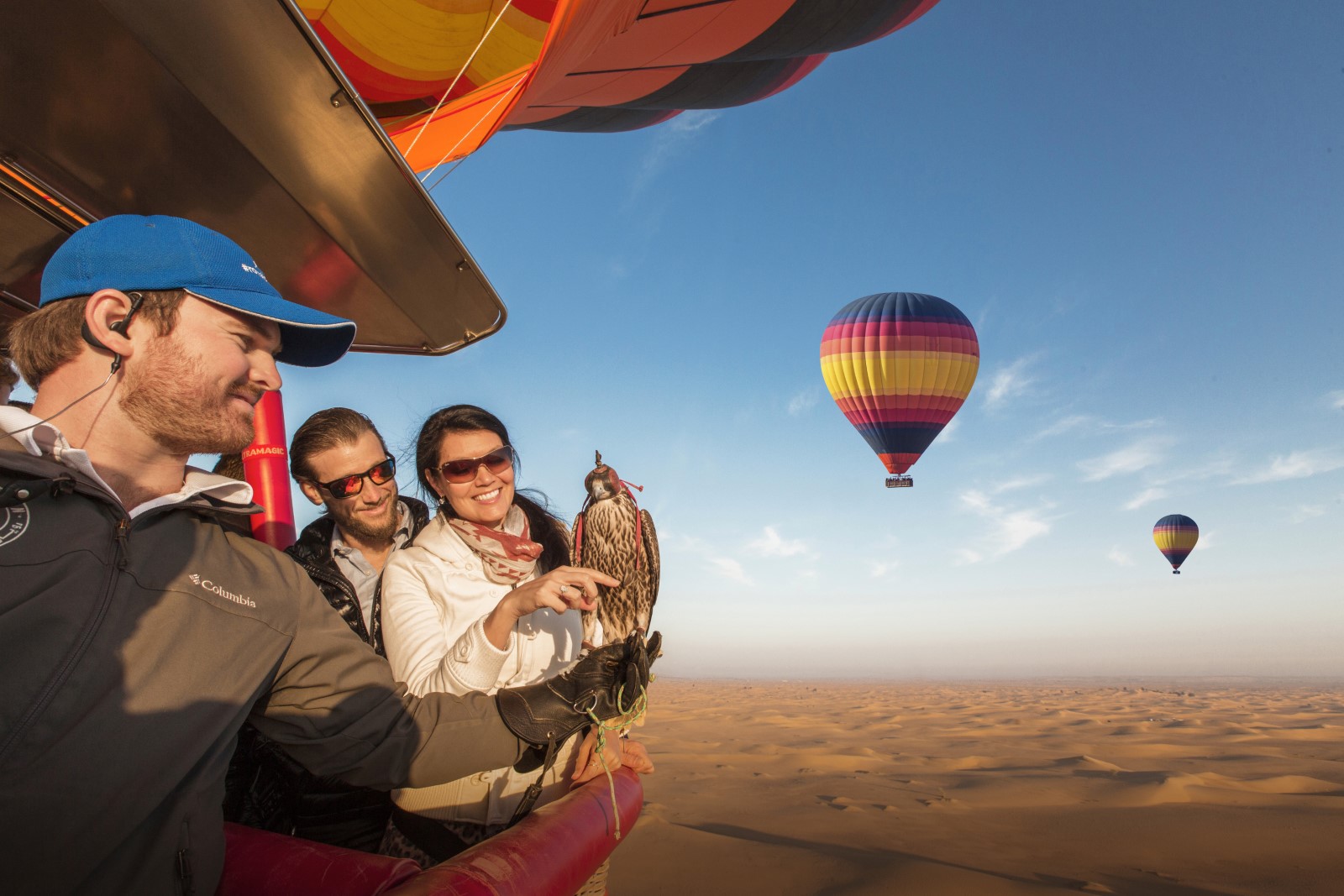